Everything you do in "the cloud" actually occurs in a vast energy-intensive data centre on the ground. Data traffic will soon consume more energy than air traffic – and it is growing faster. For this growth to be sustainable, the world's data centres need renewable energy.

Every time you post, like, stream or share something on the Internet, you are in contact with a data centre somewhere in the world. The flow of images, messages, videos and music between companies' data servers and your mobile device or computer requires energy, lots of energy, so it matters where that energy comes from.

Searching for something on Google or uploading a photo to Facebook may not require much energy, but the total data traffic worldwide is formidable – and growing. This is the result of two factors: the number of Internet users is increasing, and each of us is uploading and downloading more and more data.

Twenty years ago, the Internet had barely 100 million users worldwide. Today, more than four billion people are sending, searching and streaming over the Internet, according to Internet World Stats. Smartphones, faster mobile networks, streaming services and social media lie behind much of the growth in recent years. In the years ahead, artificial intelligence and the Internet of Things (IoT) will further increase data usage.

All of these services and technology require large data centres, and data centres need large amounts of power for data processing and cooling. A single data centre can use as much power as a small city, and it is estimated that the world's data centres collectively consume more energy than all of Germany.

"Energy consumption accounts for between 30 and 50 per cent of a data centre's operating costs. To be forward-looking and part of the green shift, data centre owners want this energy to be renewable," says Atle Haga, project manager for Statkraft's data centre initiative.

On a par with air traffic emissions

Today, the electrical power for most of the world's data centres comes from non-renewable fossil sources such as coal, gas and oil. According to the International Energy Agency IEA, renewable sources account for only 23 per cent of current electricity production, but are expected to increase to 30 per cent by 2022.

The dominance of non-renewable energy sources means that the data centres' energy consumption generates significant emissions of greenhouse gases. Already in 2015, the Global e-Sustainability Initiative (GeSI) predicted that by 2020 global data traffic would account for more than two per cent of global climate emissions, almost equalling that produced by the world's total air traffic. The significant growth in data traffic in the coming years means that energy demands will also increase. If this development is to be sustainable, the energy for new data centres must come from renewable sources.

This growth in data traffic offers new and exciting opportunities for Statkraft. Initially, the company sees an opportunity to attract the data centre industry to Norway.

"We have a power surplus of pure energy in the form of hydropower. Companies like Facebook, Apple and Google should therefore find it attractive to establish themselves here. Sweden, Finland and Denmark have already established several large server parks, and Norway should be at least as attractive a host country for data centres as our neighbours," says Haga.

"In addition to pure energy, we have excellent network access and a well-functioning power market. Electricity costs for large data centres in Norway are also competitive," says Haga.

He believes the establishment of data centres will provide both revenues and jobs in Norway.

"In the operating phase a large data centre has about 150–250 permanent employees. In addition, it provides major spillover effects for service providers and other businesses, locally and regionally," he says. 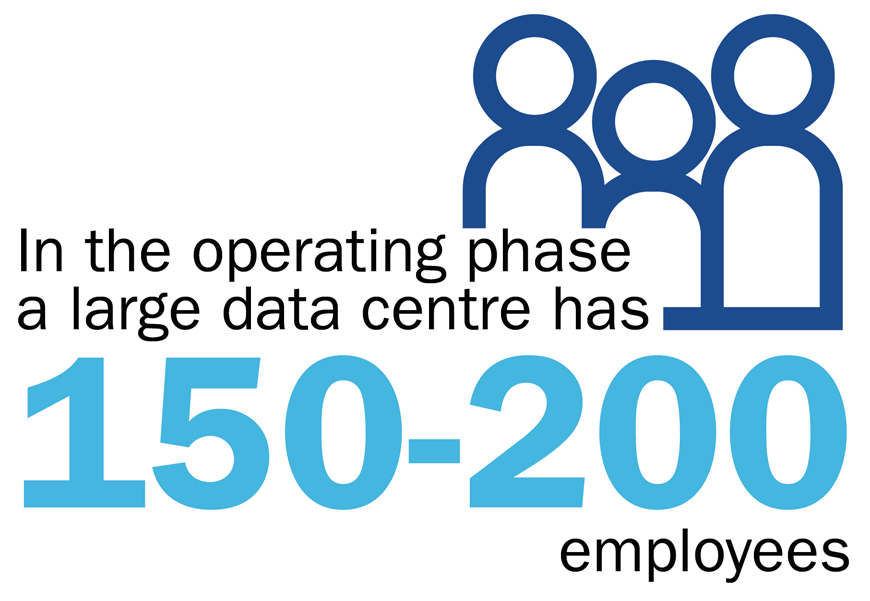 Statkraft's data centre initiative fully aligns with the goals of the Norwegian Government, which wants more data centres to be established in Norway, run by renewable Norwegian hydropower, and has done what it can to remove practical, technical and legal obstacles.

"We have lacked available and pre-regulated, shovel-ready sites of sufficient size, the fibre network has not been competitive, and special Norwegian tax schemes have made it expensive to operate data centres. In practice, all of these obstacles have now been removed, due in part to the Government's new strategy for Norway as a data centre nation and to changes in property taxation," says Haga.

He believes that the focus on data centres is a natural continuation of Norway’s proud industrial history, and may mark the beginning of a new Norwegian industrial success story. 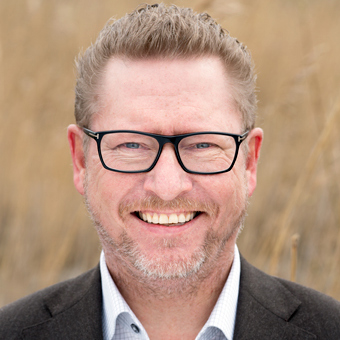 Atle Haga heads Statkraft's initiative to facilitate for the establishing of energy-intensive data centres in Norway.

What is a data centre?

A data centre is a building with a large number of servers and associated components. It also contains administration offices, cooling systems, reserve power supplies and connections to the power grid and fibre network.

Data centres are an essential part of the infrastructure that makes up the Internet, and are vital for streaming movies and music, social media and cloud services.

Statkraft is currently engaged in two projects in Norway with sites that are ready to accommodate international data centres.

One site is located in Vestfold County, the other in Telemark County. The 400 000-metre2 site in Stokke in Vestfold is about twice as large as the Palace Park in Oslo. It is ideal for the purpose; it is flat, has a city and airport nearby, and has access to renewable power and a good fibre network.

­"Here you could construct four 30 000-metre2 buildings – each of which could fill the entire city hall square in Oslo," says Atle Haga, project manager for Statkraft's data centre initiative.

The site outside Skien in Telemark is about five times bigger, covering two square kilometres. This would be big enough to house a data centre larger than anything in Europe today. In August 2019, it was announced that Google had purchased this site.

The data centre project works closely with Innovation Norway and the respective site owners and municipalities. Statkraft's role is to support the establishment of the centres by acquiring the necessary approvals and licences, and to market and sell the projects to data centre operators.

"It's exciting to be directly involved in the projects, but the most important thing for us is the opportunity to facilitate, and deliver energy to, a new industry in Norway," says Haga.

“Energy consumption accounts for between 30 and 50 per cent of a data centre's operating costs. To be forward-looking and part of the green shift, data centre owners want this energy to be renewable.”