The island community of Svalbard, lying between Norway and the North Pole, currently receives its electricity from a coal power plant. But what happens when the coal is gone and Svalbard must become climate neutral? Statkraft proposes using renewable hydrogen produced from wind power in Finnmark and shipped by boat to Svalbard.

Svalbard's approximately 2,500 inhabitants make their living mainly from tourism, research and coal mining. The coal mines are now mostly shut down, which is a challenge for the both the economy of the archipelago and for its energy supply. Mine number 7 is still operating, supplying the power plant in the main town Longyearbyen with coal, but the coal reserves will be exhausted in a few years. What will Svalbard do then?

"The coal power plant could operate until 2038, but the coal reserves will only last until 2025. Unless Svalbard is to rely on imports of coal, it is urgent to find alternative solutions for the energy supply," says Bjørn Holsen, Director of Business Development in Statkraft.

"As Europe's largest supplier of renewable energy, we obviously think the solution should be renewable and sustainable. Looking forward towards 2050, a low-emission solution is not enough. We should aim for zero emissions."

In the summer of 2018, the Ministry of Petroleum and Energy (OED) received a report from a study it commissioned from Multiconsult and Thema Consulting Group entitled "Alternatives for future energy supply for Svalbard".

The report contains a number of proposals for future energy solutions, including a gas-fired power plant based on LNG, a thermal power plant based on pellets, and gas power combined with solar power. However, the consultants' report contains few proposals for renewable energy solutions for the Svalbard community. The exception is a proposal for a power cable from the mainland, a very expensive solution for such a small population.

"It's a challenge of course that Svalbard is an island community, with limited opportunities for local energy production. If you can't rely on local resources, like coal, it's logical to use energy carriers shipped from the mainland, such as gas and pellets. However, we believe that there are future-oriented renewable solutions that are not mentioned in the consultants' report and that OED should consider," says Holsen.

He also refers to the 2016 request from the Standing Committee on Foreign Affairs and Defence in the Storting (the Norwegian parliament) that the government investigate a new environmentally friendly energy solution for Svalbard, in keeping with the overall goal to make Svalbard a climate-neutral society. 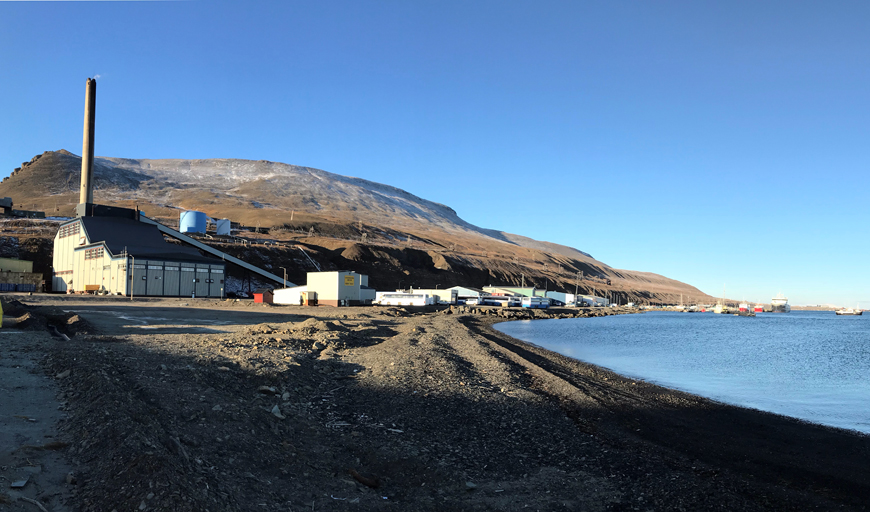 The coal power plant in Longyearbyen must soon be shut down. The Svalbard community will then need a new energy source. (Photo: Dag Ivar Brekke)

Statkraft's proposal, presented in a working paper from October 2018, focuses on using hydrogen as energy carrier and starting point for energy production in Svalbard. Hydrogen is completely pure and generates no CO2 emissions.

The best energy utilisation is achieved by using fuel cells in the local power plant. Producing hydrogen through electrolysis is energy-intensive, but with electricity from a wind farm it can still be profitable. In addition, such projects will help reduce costs related to the use of hydrogen-based technology. Nevertheless, no future solution will provide very low-cost energy on Svalbard.

"The proposal is to use wind power resources in Finnmark County to produce hydrogen. The idea comes from the working group Business and the Power Grid in the North (N3), where Avinor, Enova, Gassco, Petoro, Statnett, and Statkraft looked at opportunities for new business development in the north," says Holsen.

"This is of interest for Statkraft because the lack of grid capacity means that we cannot fully utilise energy resources in the north. The Finnmark coast may be suitable for further wind power development, and hydrogen production based on wind can also be an important contribution to new value creation in northern Norway."

Wind power in Finnmark can be used to produce hydrogen that can be shipped to Svalbard and used in fuel cells for power generation. Kjøllefjord in Finnmark. (Photo: Karl H. Ystanes)

To determine the feasibility of the idea, Statkraft, along with experts from SINTEF Industri, looked at different ways to "pack" hydrogen for safe transport to Svalbard. One solution looks most promising.

"The solution we believe is safest and most cost-effective involves binding hydrogen in ammonia (NH3). Ammonia is produced from nitrogen from air and hydrogen from electrolysis. This mix has a high energy density, in fact higher than liquid hydrogen, and is also easier to handle," explains Holsen. In Svalbard, ammonia can be used directly in a fuel cell or in a gas turbine to produce electricity and heat.

"Usually it's not a very good solution to use electricity to produce hydrogen, which in turn is used to produce electricity, but if you want both electricity and heat, then fuel cells are a good option. At the same time, there are no other alternatives that will result in lower cost or lower energy loss," says Holsen.

Bjørn Holsen hopes OED will consider Statkraft's proposal in the assessment of a future energy solution for Svalbard, especially if the solution is to be sustainable and carbon-free.

"In addition to providing Svalbard with an effective energy solution, hydrogen production in Finnmark can be an important part of a new maritime value chain in the north," he says.

"Shipping traffic also has to go through the green shift, and then fuel cells are a relevant fuel solution. Plants in Finnmark can thus become suppliers of fuel to shipping and a new renewable energy industry, with export potential to the rest of Europe."

Statkraft's proposal for a renewable energy supply to Svalbard is available as a preliminary analysis, and more thorough work must be done to determine costs more precisely. However, the preliminary findings indicate that both alternatives, hydrogen bound in ammonia and compressed hydrogen, are competitive with the proposals presented in the Multiconsult and Thema report. 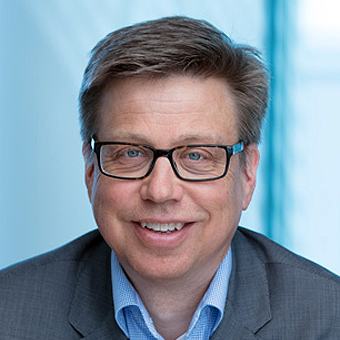 Svalbard is the collective name for an archipelago halfway between mainland Norway and the North Pole.

Svalbard became part of the Kingdom of Norway through the Svalbard Treaty of 1920, but also gained special international status. Citizens from all 43 countries that signed the Svalbard Treaty have the right to engage in business activities on the archipelago.

Statkraft's proposal focuses on using hydrogen as energy carrier and starting point for energy production in Svalbard. The proposal was presented to the Ministry of Petroleum and Energy (OED) on 9 November 2018.

“It's a challenge of course that Svalbard is an island community, with limited opportunities for local energy production. If you can't rely on local resources, like coal, it's logical to use energy carriers shipped from the mainland.”