By 2040 we will all be able to fly with a clear conscience. The low-emissions society is developing faster than we can fully grasp according to Christian Rynning-Tønnesen, CEO of Statkraft.

Up in the air in an electric plane! Statkraft CEO Christian Rynning-Tønnesen was eager to test new emission-free technology flying over Kjeller outside Oslo in late September 2018. (Photo: Oda Hveem)

The world is now investing as much in renewable energy as in all other power generation combined. The cost of developing solar and wind power has fallen dramatically in line with rapid technological developments, and planned coal power plants are being shelved because they are no longer profitable.

What does this mean for the power sector, for society and for the threat of climate change, now and in the decades to come?

Are you a climate optimist or a climate pessimist?

"I am an optimist in the sense that I now think it's possible to meet the climate challenges. In our lifetime, the world's energy supply will be dominated by renewable energy, consumption will be more efficient, and carbon emissions will drop dramatically."

"Right now we are in the first phase of a renewable boom that will grow exponentially in the decades to come; in other words, growth will double over and over again."

Why is renewable growth taking off right now?

"There are three strong drivers. First, renewable energy, primarily solar and wind power, has become so reasonably priced that it's now the cheapest form of new energy production that can be built in most markets in the world. Second, the climate threat and the need for clean air in the world's cities will gain ever-increasing political attention."

"And third, knowledge is spreading rapidly in our digital age. This ensures that we copy each other much faster than before."

How would you describe the impact of these changes?

"These dramatic developments follow the same dynamics as the transition from steam engines to internal combustion engines or the transition from landlines to mobile phones. The changes will affect not only the power sector, but the whole of society." 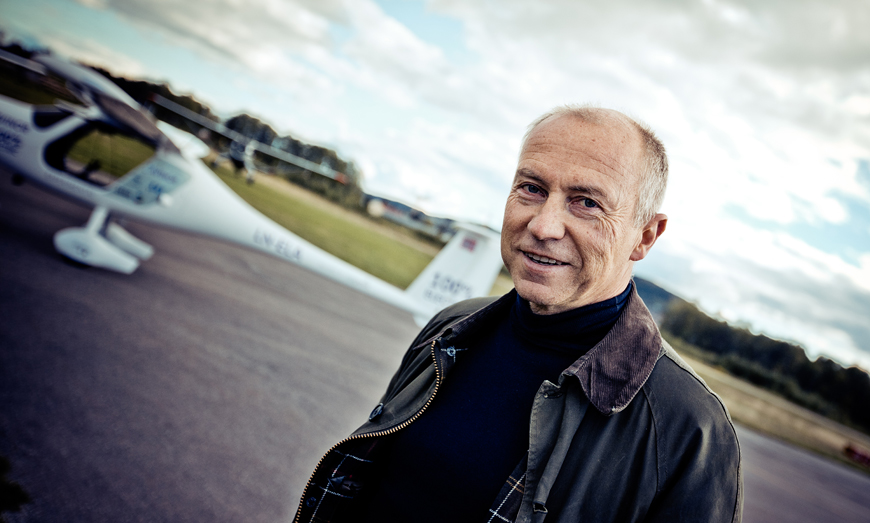 Statkraft's global Low Emissions Scenario, presented in 2018, predicts a greener development scenario than many others. Is Statkraft too optimistic?

"Looking back at previous scenarios we and others have presented, it's clear that the scenarios have captured the trend correctly; there will be more renewable energy and developments are moving quickly. However, many, including us, have underestimated the strength of the technology development and how quickly the costs of solar and wind power production have dropped."

"The Low Emissions Scenario is optimistic, but realistic. Together with other forecasts, it is used as a central management tool for our operations."

What does the scenario say about global warming?

"When we developed the Low Emissions Scenario, the task was not to figure out what is needed to reach the two-degree goal, but what developments we can expect based on the trends we already see."

"The result shows that energy-related emissions will follow a path towards the two-degree target up until 2040. The question is whether two degrees is enough. The temperature increase should really be limited to 1.5 degrees."

What about the political landscape in a world where the United States has withdrawn from the Paris Agreement?

"We must count on some bumps on the road towards the low emissions society. It's a shame that the current US president has given notice that the United States will withdraw from the agreement, but no other countries have followed suit. This shows that the agreement has broad support in the rest of the world."

"The intelligence of the Paris agreement is that all countries were allowed to set their own goals in the format they wanted. This makes the agreement unique."

"However, the sum of the ambitions contained in the Paris agreement is not enough to hold the global temperature increase to a maximum of two degrees. The targets will be updated in 2020 and every five years thereafter. China, the EU and India have climate targets that suggest they will drive international climate efforts in the right direction." 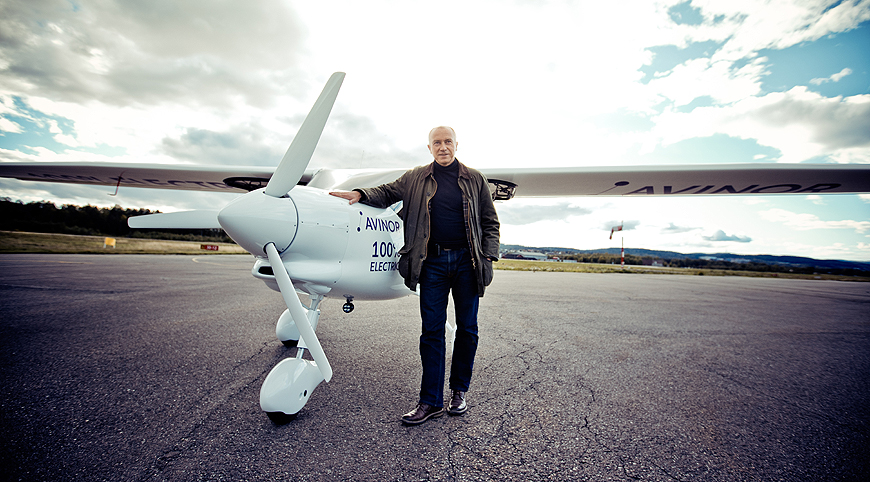 "Electric planes will have been flying commercial flights for several years, ensuring we can all fly with a clear conscience."

"The aircraft will probably have hybrid systems with a battery pack and electric motor, and a fuel cell that continuously produces electricity based on hydrogen or another renewable fuel. Smaller hybrid-electric passenger aircraft will be on the market early in the 2020s, while Airbus, Siemens and Rolls-Royce are developing a 100-seat aircraft they plan to launch in commercial traffic by the 2030s."

"Almost all new cars sold will be electric, and many of them will be self-driving. In city centres and regulated areas such as highways, we will set our vehicles to self-driving mode, while we will continue to drive manually on smaller roads and winter roads with high snow banks. To ensure clean air in the world's big cities, it will be important to have more public transport. The transition from public transport to driverless vehicles that will take you exactly where you're going will be seamless."

"Many buildings will produce their own electricity. The roofs of all buildings will have integrated solar cells and produce power. The construction and industrial sectors will also to a large extent switch to electricity. All of society will be electrified."

"In the years to come, the balance in the power system will reverse. Today we have variable consumption and power generation that adjusts to consumption. Using smart technology that can smooth out consumption – allowing us to choose when we charge the car, use electric heating and so on – we can tolerate a larger share of variable generation from renewable sources."

There seem to be many positive developments on the technology front, but are they enough to stop the threat of climate change?

"The climate threat is very serious. We are reversing the earth's history at a staggering pace, back to the time when it was really hot on this planet. Since plant life began, the globe has absorbed CO2 from the atmosphere and stored it as fossil resources in the ground, and gradually the temperature has fallen to the level we know today."

"Now, in the space of just a few human generations, we are releasing all these resources. The resulting emissions correspond to almost one million years of stored carbon reserves each year. One million years is huge, just think it's been just 10 000 years since the last ice age."

"The big challenge is that many people in the world are still not convinced that climate problems are as widespread as they are. Communication and knowledge dissemination will therefore become even more important in the future. We need acceptance to work out the best solutions. And renewable energy is an important part of the solution."

You describe a future where we replace fossil fuels with electricity, but otherwise fly and drive cars like before. Is this realistic?

"I don't see a future without energy consumption. People are not that idealistic. We don't stop using energy, we use fossil fuels instead. Therefore, we need to make solutions that are so effective that energy consumption goes down, and at the same time we must make sure that the energy we use is renewable."

The expectations for the renewable energy industry are high. Do you feel pressured?

"I feel I have a huge responsibility – in a positive sense. Like just about everyone else in Statkraft, I am motivated by the ambitions we set and the plans we make together. We create a busy workday to get a lot done. It's motivating to work hard as long as it's for an important purpose." 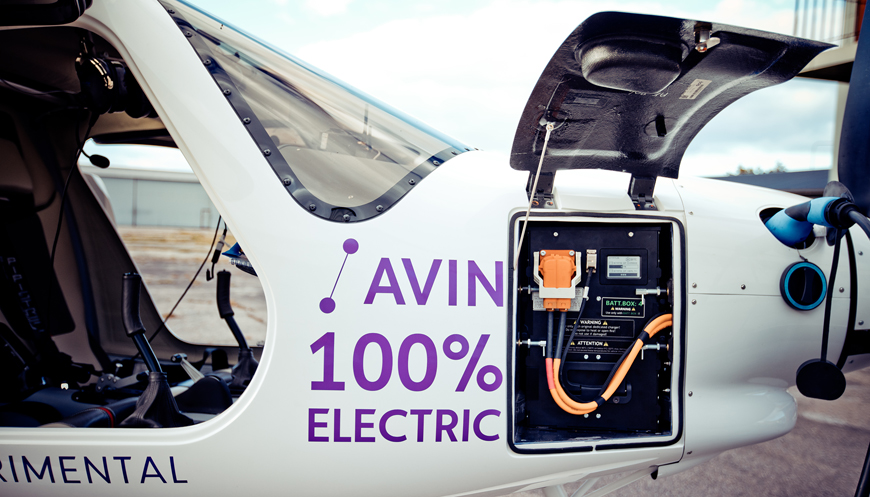 How do you keep up with – and preferably ahead of – the rapid pace of developments in the green shift?

"We are fortunate that what has always been Statkraft's core business is now increasingly in demand. For us, it's always been about renewable energy. Now we're looking at the big picture and focusing on renewable energy in a wider sense. This means, among other things, increased investment in solar and wind power in addition to hydropower."

"But there will still be a need for liquid fuel, and it's important that this also is produced from renewable sources. That is why we are engaged in the innovation and development of biofuels based on sustainable raw materials. Among other things, we are looking at biofuels and hydrogen produced using renewable electricity."

What about power trading?

"We will continue to further develop the trading expertise of the company. Statkraft currently manages about as much renewable power generation for other companies as we generate ourselves. That will continue to grow and by becoming more integrated with our customers, we will benefit even more from selling renewable energy."

"This means selling more to the companies in the world that have committed to using renewable energy, such as Google, Facebook and IKEA. Our job is to develop concepts with attractive prices and terms, but which also verify full renewability. We will provide an overview of everything from consumption to documentation, billing and facilitation for energy efficiency as well as good customer communication."

Several countries are leading the way

A country's geographic, climatic and market regulatory conditions have a lot to say for profitability. What does it mean to be present in multiple markets?

"To be at the forefront of technology we must have a presence wherever new developments are occurring, whether it be in power generation or in power trading."

"We learn a great deal from all of the markets in which we operate. Statkraft's expertise is a mix of what we originally brought with us from Norway, not least from over 100 years as a leader in hydropower, and what we learn abroad. We also become better in Norway by being involved where new hydropower is being built. In Norway, most of our activities have to do with upgrading existing power plants."

It will take time to change the world's energy systems. How will renewables, oil, coal and gas coexist in the meantime?

"Although there is exponential growth in renewables, we are in a long period during which oil and gas and electricity will all have a role. It's important that the actors in the energy sector work together and do not see each other as opponents."

"Coal will decline rapidly. Construction of new coal power plants has stopped in many places and now we, along with others, are challenging the existing coal power plants. We can sell electricity from renewable sources cheaper than power from coal."

Renewable energy has taken a back seat for a long time.. Now it is entering the spotlight?

"Interest from the outside world has grown gradually in recent years. Now we find that banks and financial institutions organise their own renewable energy conferences. This is new."

"The world is now investing as much in renewable energy as in all other power generation combined. As a result, this has become a major financial sector. As renewable energy has grown, so has the risk in financing fossil energy projects."

"What is being built today will still be here in 2040, so this raises the question – will there be a use for it or not?" 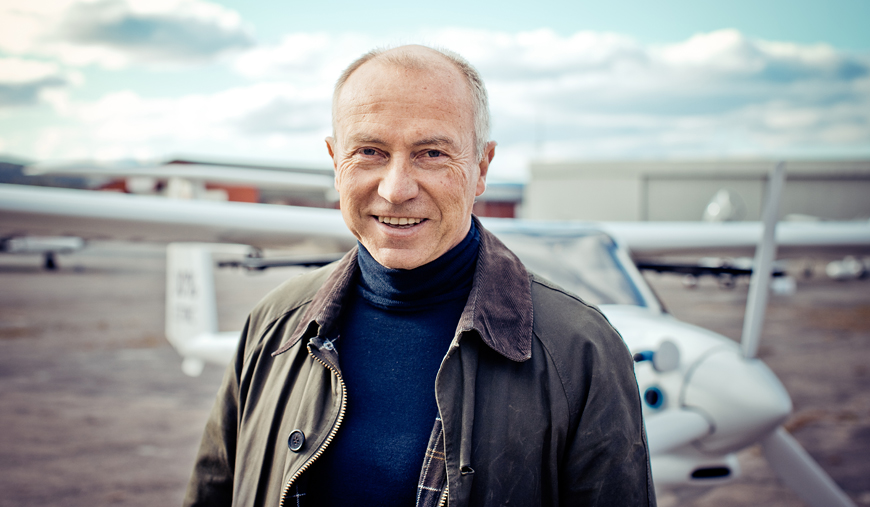 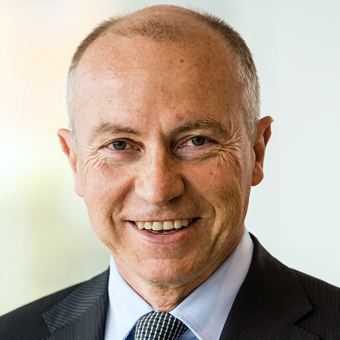 Christian Rynning-Tønnesen is CEO of Statkraft, a leading company in hydropower internationally and Europe's largest generator of renewable energy.

What is Statkraft's response to changing energy markets? Click on the illustration below to view a PDF in a larger format.

Climate optimist: Confident we can meet the two-degree target

“I am an optimist in the sense that I now think it's possible to meet the climate challenges. In our lifetime, the world's energy supply will be dominated by renewable energy, consumption will be more efficient, and carbon emissions will drop dramatically.”