Despite troubled times and increasingly extreme weather, Statkraft's Low Emissions Scenarios give grounds for optimism about climate change. Norway can assume a key role in the green shift.

"We call it an optimistic-realistic scenario. There is little doubt we are heading towards a greener world," says Henrik Nissen Sætness, SVP Corporate Strategy & Analysis in Statkraft.

He is the driving force behind the annual report entitled Statkraft's Low Emissions Scenario, which describes expected trends in the world's energy systems towards 2040.

On a global basis the power sector is the largest source of emissions and is therefore very important in the fight against global warming. Statkraft's forecasts, however, paint a picture of a sector that is becoming greener and greener. If this trend continues, energy-related emissions will be in line with the target to limit global warming to below two degrees Celsius up to 2040.

"This is primarily due to the fact that solar and wind power have become significantly cheaper and will be even cheaper in the future," explains Sætness.

A major prerequisite for this positive development to continue is the electrification of industry and transport.

"If there is one thing that everyone agrees on, it's that electricity should increase more than the underlying energy consumption," says Sætness.

"Then you can ask: why doesn't everything become 100 per cent renewable very fast? Well, because when the sun doesn't shine and the wind doesn't blow, there is no electricity. Then we must solve the following problem: what do we do when there is no sun or wind?"

The solution lies in what are referred to as flexible power sources, which are not reliant on uncertain factors like wind and weather. This may be batteries, for example, or storage in the form of hydrogen, or it may be hydropower.

"Unlike solar and wind power, which are only produced when the sun shines or the wind blows, hydropower can be controlled. In Norway, we have more of this flexibility than we need ourselves," says Sætness.

While Norway already has a power sector that is almost completely green, the power sectors in almost all other countries account for the largest source of emissions. Sætness believes Norway should take advantage of the opportunity to be a leading country internationally.

"Norway holds a unique position. Hydropower is by far our dominant power source, and is gradually being supplemented in part by wind power. In other words, we have an entirely renewable power system. There are eight countries in the world in the same situation, and we are bigger than the seven others combined."

After more than 100 years of hydroelectric power, many Norwegian power plants have significant maintenance requirements.

"We must take care not to discard hydropower because we are so fascinated by the new, increasingly affordable technologies that are emerging. On the contrary, hydropower is the clean energy source we can count on when the sun isn't shining and the wind is still," he says. 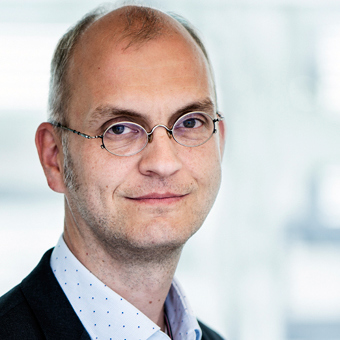 Climate optimist: Confident we can meet the two-degree target

The value of water

Although Statkraft's Low Emissions Scenarios from 2018 and 2019 paint an optimistic picture, Henrik Nissen Sætness emphasises that it is important to continue to take climate change seriously.

"In large parts of Europe in 2018 we had a warm, dry summer. We have had this before, but this summer was much warmer and drier. In recent years, we have had a small taste of climate change in the form of more occurrences of extreme weather and more intense extreme weather than usual.

For the first time in history it has been established that climate change is not due to natural fluctuations, but to human activity, and it is we who possess the power to reverse that trend," says Sætness.

"Energy production is one of the biggest sources of emissions globally. Nonetheless, our scenario is optimistic. We believe technology development, the market and climate policy will impact each other in a positive spiral, and Norway is in a position to lead the way.

"We must not misuse this leading position. We must continue to develop solutions for electrification, especially in transport and industry. Other countries will eventually have to follow suit," Sætness concludes.

“We call it an optimistic-realistic scenario. There is little doubt we are heading towards a greener world.”