Climate optimist:
Confident we can meet the two-degree target

Scientists, lay people and politicians regularly question our ability to really meet the climate target of the Paris Agreement. By contrast, Gry Johanne Åmodt in Statkraft is optimistic.

"We can reach the two-degree target with the technology we have today. We can also manage to limit the temperature change to one and a half degrees, but that will demand a few more measures," she says.

As one of the contributors to Statkraft's annual Low Emissions Scenario, Gry Johanne Åmodt has an exceptionally good overview of what is happening in the world's energy markets. As head of the strategy unit Global Drivers, her job is to keep track of the many factors that drive the renewable energy market. The analyses carried out by her department form an important foundation for Statkraft's strategies and decisions for the future.

"The power market is simply becoming more and more important. Electrification is an inexpensive and effective way to make industry, transport and energy production fossil-free, and will lead to a sharp increase in the demand for renewable energy," she says.

To hear the sound, move the mouse pointer over the image and click on the speaker icon. (Video: Oda Hveem)

Almost daily we can read in the media about the likely consequences of climate change – if we fail to limit the increase in the global average temperature below two or, preferably, one and a half degrees. Åmodt is critical of the many doomsday prophecies, and believes we have a good chance to slow down climate change and keep the temperature rise below two degrees.

"My optimism is, of course, based on a number of assumptions, but I think there are many things at the moment that are going in the right direction. For example, we see that the big companies want to find green solutions. Investors are increasingly concerned with sustainable investing. A quarter of all capital in the United States is now going to sustainable investments. And although it's easy to get the impression that politicians are indecisive, a number of international agreements have been reached and political decisions have been made in individual countries that have a real effect," she says.

"If we could have achieved an international agreement on the correct price for CO2 emissions, that would probably have been the best solution. Then both individuals and companies would have chosen the solutions that produce the lowest emissions. We're not there yet, but there are many other examples of policies that work," says Åmodt.

"Germany's subsidisation of solar energy is one example. It has stimulated a tremendous growth in the development of solar power and also lowered prices on solar panels. The Norwegian electric car policy is another example. By creating a large market for electric cars, little Norway has contributed to a technology development that will benefit the whole world. A third example is the decisions in France, the Netherlands and Ireland that all new cars should be emission-free by 2030. The brilliant thing about such decisions is that they cost the state so little because the costs are borne by the consumers and the car manufacturers," she explains. 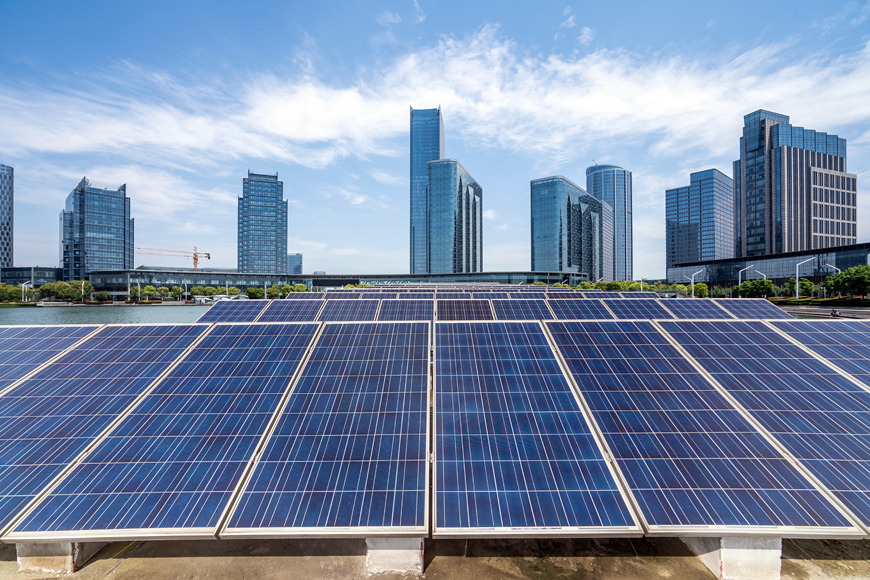 Investing in renewable energy sources is part of the solution for achieving the climate goal set by the international Paris agreement. (Photo: Shutterstock)

Coal is not gold

Climate measures often face political resistance, not least from populist politicians such as US President Donald Trump and others who pander to voters by promising cheap coal power and low fuel prices. Åmodt is not so concerned about this type of resistance because she believes it has limited consequences. The forces moving in the right direction are many and much stronger.

"Trump can make lofty promises to the coal industry, but it helps little when renewable solar and wind power have become cheaper than coal power. The reality is that more coal-fired power plants have been shut down in the US under Trump than under Obama. It's hard to find investors willing to invest their money in coal today because the financial risk is so great. We also see that large companies, many American states and professional investors are driving developments in a more sustainable direction," she says.

With ever-falling prices for renewable energy, the power market can also have an impact on international politics. The world's dependence on oil has made the Middle East a centre of major geopolitical turbulence, but it will not necessarily continue in the future. In a renewable world, the struggle for oil becomes less important, because fewer are dependent on it.

"Eighty per cent of the world's population lives in countries that are dependent on importing oil and gas. With renewable solar or wind power, many of these countries can become energy self-sufficient. This is not something that will happen overnight, but it can be an important driver for faster electrification in many countries," says Åmodt.

"In addition to being less vulnerable to major geopolitical events, reduced oil dependency will also lead to reduced local emissions, which are often a major problem in poor countries," she adds. 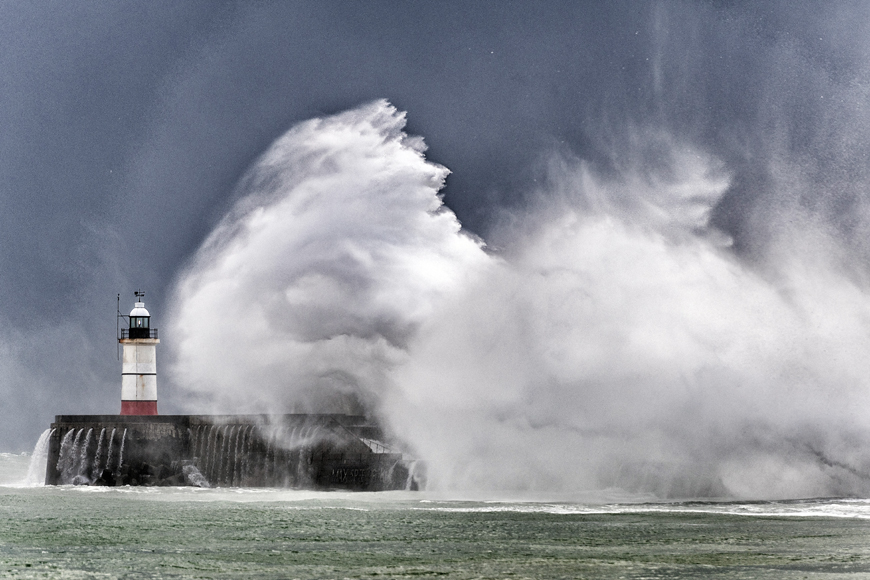 Climate change and extreme weather are related. The photo is from Newhaven in East Sussex, when the powerful cyclone Brian entered the UK in October 2017. (Photo: Shutterstock)

Until now, the debate on climate change has often been characterised by a belief that the consequences lie far into the future, which has weakened the political impact. It is not easy to get people or politicians to accept intervention in our welfare today to prevent something that might happen in a hundred years or more. However, in recent years, we have seen ever more signs that climate change is not just something that will affect us in the future; it's already here.

"Increasing incidents of extreme weather are obviously a wake-up call for many. We believed we had plenty of time to make changes because we were talking about climate changes that lay 30, 40 or 100 years ahead. Now we see the consequences of past sins beginning to appear. Winters are getting shorter and summers are getting hotter and drier. Drought, floods and storms are occurring more often. This is not just something we can have opinions about; it's something that can be measured. The young people who are going to inherit the earth have started to react. It will be very exciting to see how this will impact public policy. If the pressure from the public becomes strong enough, it will lead to political change. The debate we have in Norway now about continued oil exploration will not go away soon, because it's not just about what is correct climate policy. The question is whether new oil discoveries will be profitable at all when the demand for oil begins to decline in the future," she says.

A little flight shaming is good

Åmodt does not want to trivialise either climate change or climate challenges, but she believes doomsday thinking has dominated the public debate too much.

"The two-degree target is definitely within reach with the developments currently underway. And we should not give people the impression that the only actions that matter are cutting out all material goods and moving into mud huts. That will only lead to apathy and hopelessness. We don't necessarily have to change our lifestyle dramatically, but we can be a little more aware of the footprint we leave. And we can all make some changes in our lives without reducing our quality of life," she says.

She admits to already feeling a touch of "flight shame" every time she travels by plane. And she thinks it's good.

"Being aware of it and talking about it will make more people think about it a little more often. There is a change of attitude underway that will help people make more climate-friendly choices, I'm convinced of that," says Gry Johanne Åmodt.

Statkraft's Low Emissions Scenario 2019 report was presented in Norwegian at the 'Arendalsuka' gathering in Arendal, Norway on 13 august 2019. Links to the English version can be found here: