About 30 per cent of Ireland's electricity currently comes from renewable sources, but the country aims to increase this to 70 per cent by 2030. Statkraft can play a critical role in whether Ireland achieves this ambition.

"Statkraft is heavily involved in the development of renewable energy in Ireland, including onshore wind and solar, offshore wind, and power grid solutions. All of this contributes to decarbonising Ireland's electricity generation system," says Kevin O'Donovan, Managing Director in Statkraft Ireland.

Currently only about 10 per cent of Ireland's total energy needs is covered by renewable sources – primarily wind – while 90 per cent comes from oil, gas and peat.

Effects of the financial crisis

Ireland is currently one of the countries in Europe that is furthest away from meeting its targets for climate emissions. It has higher emissions per capita than most other European countries. There are several reasons for this: Ireland was severely impacted by the financial crisis of 2008–2009, and in the following years jobs and economic growth were prioritised over climate action. The country has succeeded in recovering from the financial crisis, but its economic growth has led to increased use of fossil energy, especially in transport and heating.

Ireland has so far invested relatively little on renewable energy, and is only just setting out on the path of electrification of other sectors than the energy sector. Currently only 10 per cent of the country's energy needs is covered by renewable sources – primarily wind – while 90 per cent comes from oil, gas and peat.

Ireland has, however, committed itself to a fairly demanding green shift in the economy in general and in the energy sector in particular. In 2015, Irish authorities presented a plan for Ireland's low-carbon future. The Government committed to reduce emissions from the energy sector by 80–95 per cent by 2050 compared to 1990 levels.

In a report from 2019, the International Energy Agency (IEA) questioned how realistic these targets were – partly because Ireland had not managed to reduce emissions as previously planned and partly because the country was not on track to meet its targets for 2020 or 2030. According to the IEA, Ireland has the highest consumption of fossil energy for heating among all its member countries.

"Harvesting peat for energy production has been practised in Ireland for generations, so a transition away from this source of electricity production will pose many challenges for rural areas," says O'Donovan.

"However, we believe that local energy production from wind and solar can boost jobs and the economy and help local communities in these areas to survive," he says. 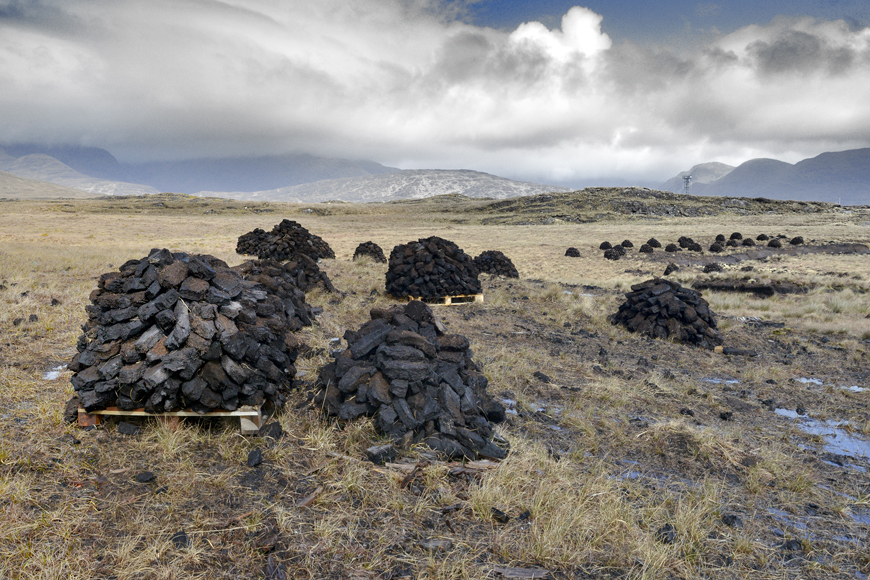 Ireland has a long tradition of using peat for fuel and energy production. The picture shows peat harvested and left to dry. (Photo: Shutterstock)

In May 2019 the Irish government declared a climate emergency and shortly after submitted its Climate Action Plan 2019 on how Ireland will meet its climate targets.

This means that the power grid will need to be adapted and developed to handle higher levels of production from renewable sources, a reduction in the use of oil heating in private homes and a substantial growth in the number of electric vehicles. New buildings will face more stringent energy requirements, and grants will be provided for upgrading many existing homes. The plan also includes a target that 100 per cent of all new vehicles must be emission-free by 2030.

Despite the fact that Ireland's electricity system began with the development of the Ardnachrusa hydropower plant in 1929, renewable energy in Ireland now comes almost exclusively from wind power.

"Thanks to its location facing the Atlantic Ocean, Ireland has excellent access to wind energy. Statkraft is ideally positioned to play an important role in Ireland's transition to renewable energy sources," says Kevin O'Donovan.

Statkraft Ireland is involved in the development, construction and operation of a significant number of onshore wind farms as well as solar and offshore wind energy projects. Ireland is one of the growth markets for Statkraft's investment in renewable energy, and within one year of its entry into the Irish market, the company celebrated the significant milestone of completing the construction of all seven turbines at the Kilathmoy wind farm in Limerick in the southwest of Ireland. This wind farm is expected to begin commercial operation in February 2020.

Statkraft has already received approval for the development of 130 MW of onshore wind energy projects in Ireland. The company has also secured approval to develop solar energy projects with a total capacity of 245 MW. These will provide renewable electricity to over 260 000 Irish households.

An additional 300 MW of onshore wind power is in the planning stage, along with the ongoing development of the 500 MW NISA (North Irish Sea Array) an offshore wind farm in the Irish Sea. All in all, Statkraft is on the way with renewable electricity for almost 820 000 Irish households. 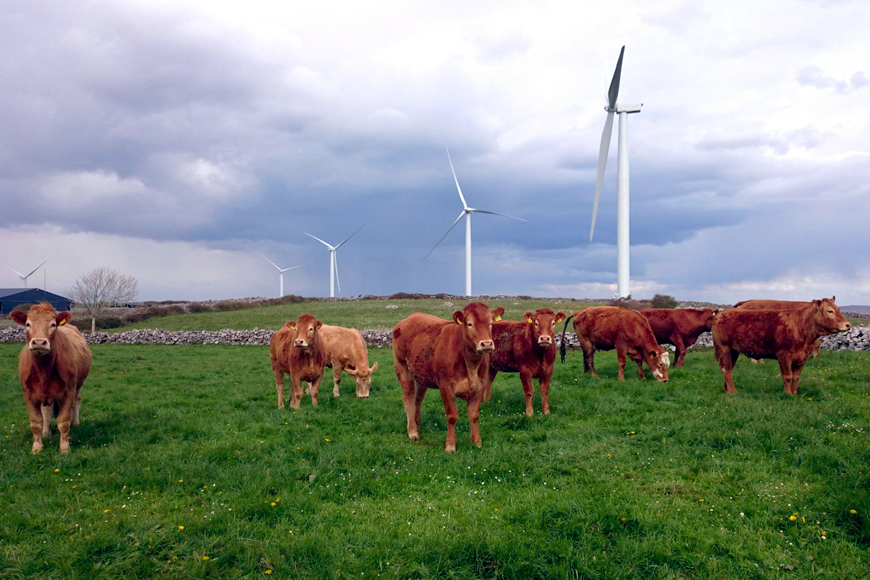 The windy agricultural country of Ireland primarily relies on wind power to make the green shift towards greater utilisation of renewable energy sources rather than fossil. The Acres Wind Farm (pictured) in Donegal is operated by Statkraft on behalf of the owner BlackRock. (Photo: Statkraft)

If 70 per cent of Ireland's electricity is to come from renewable sources, storage capacity will be needed to balance short-term variation in supply and demand. With ever-decreasing prices for LI-ion batteries, large battery systems are the current solution.

"Statkraft has significant experience in building and operating battery installations, and that helps manage the inevitable fluctuations that occur in the energy market. Statkraft also operates one of the world's largest virtual power plants and is ideally positioned to manage flexible power resources using its advanced algorithmic trading infrastructure in real time," says O'Donovan.

Statkraft has already developed its first battery storage facility in Ireland in conjunction with the development of the Kilathmoy wind farm. This plant will form an essential part of the Irish power grid in the future.

"Statkraft is playing a leading role in Ireland's transition to a low carbon future. I believe that the company's broad experience and expertise will prove very valuable to Ireland over the coming years," says Kevin O'Donovan.

“Thanks to its location facing the Atlantic Ocean, Ireland has excellent access to wind energy. Statkraft is ideally positioned to play an important role in Ireland's transition to renewable energy sources.” 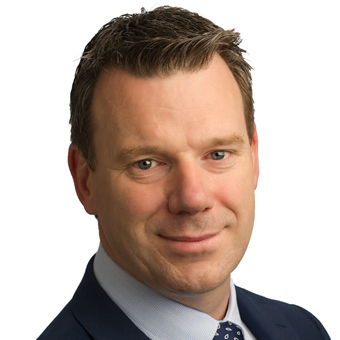 Kevin O'Donovan is Managing Director of Statkraft Ireland with headquarters in Cork. As part of Statkraft's European Wind and Solar business area he is responsible for the company's renewable energy projects in Ireland. 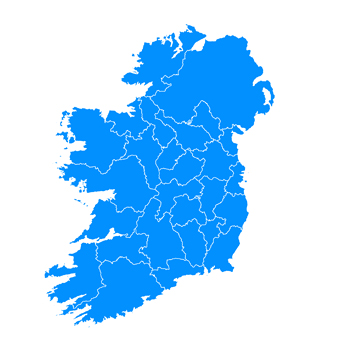