Electrification:
"Electric cars are no more climate-friendly than ordinary cars!"

An electric car that uses electricity from clean, renewable sources produces no greenhouse gas emissions. A petrol-powered vehicle emits on average two tonnes of CO2 each year, yet some people still claim that electric cars are no more climate-friendly than "fossil cars". Is that right?

The debate about how climate-friendly electric cars "really" are comes up now and then in newspapers and social media. The temperature in the debate can be very high. Some people want to ban electric vehicles, or at least remove all the benefits they enjoy in Norway – such as exemption from road tolls, free parking and the right to drive in bus lanes. The main argument is that the incentives do not correspond to the climate benefits, and that the production of electric vehicles requires so much energy that you might as well drive a fossil car.

The editorial staff at the Norwegian website Faktisk.no has refuted one stubborn myth that electric cars produce twice as much greenhouse gas as fossil cars (website text in Norwegian). We have asked Vidar Eide, who heads the eMobility unit in Statkraft's Wind and Solar Europe business area, to look at some other common claims about electric cars.

Some myths and facts about electric cars

1. "If we are concerned about what is best for the climate, we should spend money on carbon quotas instead of subsidising expensive electric cars."

Answer: Electric cars are best for the climate, and climate quotas do not solve the problem of emissions from vehicle traffic. If you buy a new fossil car now, it will be in the car population for many years and "lock in" fossil fuel consumption and greenhouse gas emissions. There are also strong indications that the price of electric cars will fall significantly, which further weakens the argument that climate quotas are cheaper.

2. "Electric cars require much more energy to produce than traditional cars, especially on account of the batteries. Electric cars must therefore be driven longer before they can be considered zero-emission cars."

Answer: The production of batteries creates greenhouse gas emissions, but this is primarily because the batteries are produced in Asia and China. The power mix is becoming cleaner there, too. When we can eventually produce the batteries with electricity from renewable energy sources, the batteries will be free of "built-in" emissions.

3. "Norway is part of the European power market. Therefore, we cannot say that we drive our electric cars on clean Norwegian hydropower. The power we use is also produced from coal and gas."

Answer: The electricity from wall sockets in Norway comes mainly from hydropower, but since we both buy and sell power, some electricity can sometimes be generated from coal from abroad. However, life cycle studies show that electric cars are more environmentally friendly than fossil cars, regardless of power mix.

4. "The batteries are an environmental time bomb because they cannot be reused. Many of them end up in landfill sites and contribute to polluting the environment."

Answer: Electric car batteries will not end up in landfill sites – they are too valuable for that. Today, the batteries often get a new life in the power system to support the phasing in of wind and sun power. After that it will pay to recycle them because they contain valuable materials.

More and more electric cars are rolling on Norwegian roads, both as private cars and company cars or in public transport. (Photo: Vidar Eide)

5. "Increasing the number of electric cars increases the load on the power grid. More masts must be built and more powerful cables must be added to meet the demand."

Answer: I'm not sure about this, but it's clear that access to the bus lanes and reduced road tolls, as we have in Norway, can make it more attractive to use electric cars. Over time, such benefits will disappear, and then more people will again choose public transport.

7. "People who buy electric cars often own several cars, so they do not contribute to reducing the number of cars."

8. "The production of car batteries is detrimental to scarce and non-renewable resources, especially lithium and other precious metals. This is not sustainable. "

Answer: It is not correct to say that batteries contain scarce resources. Metals such as cobalt and lithium are found in many places, but in the short term there will be a shortage because the need will grow every year. However, battery manufacturers are constantly working to reduce the use of the most expensive metals, and eventually we will get batteries with a completely different composition than today.

9. "Electric cars create more particulate matter because they are heavier and cause more wear on asphalt."

Answer: The heavier the car, the more particulate matter is produced from wear on the asphalt, and electric cars are generally heavier than equivalent fossil cars. On the other hand, electric cars produce no particle emissions or engine noise, which are significant problems with fossil cars. 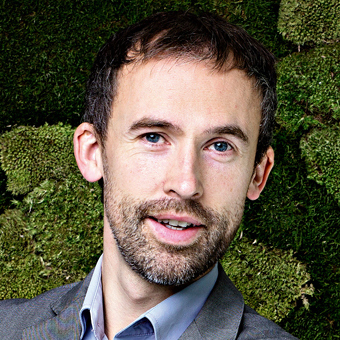