The United Kingdom has major ambitions for cutting its greenhouse gas emissions. The goal is to become a zero-emission society by 2050. Getting there will be a taxing process and requires strong political will – and massive development of renewable power.

In the autumn of 2017, the British Government presented its Clean Growth Strategy in Parliament. The strategy sets out the Government’s ambitions for green, sustainable growth and promises to cut greenhouse gas emissions by 80% compared with their level in 1990. The Government recently further raised the bar and has now determined that the goal is for the United Kingdom to become carbon-neutral by 2050.

According to figures from the Department for Business, Energy and Industrial Strategy, Britons have already reduced their emissions by 42% since 1990 while achieving significant economic growth in the same period.

This has been achieved through more efficient energy use, modernisation of the country’s car fleet, better insulation of houses, more use of renewable power and replacing coal with gas. Most of these steps are, relatively speaking, "low-hanging fruit". If the new targets for 2050 are to be met, more stringent measures will have to be taken.

The staying power of fossil fuel

About half of the United Kingdom’s energy consumption is electricity-based, with more than 50% of electricity currently coming from renewable sources. The transport sector and British homes on the other hand have large energy needs and continue to rely mostly on fossil fuel, specifically oil, gas and coal.

Electrical power is used for lighting, but much less so for transportation or heating. Only just over 2% of the British car population is electric and most homes are heated by gas, which is also used for cooking in most places. Fortunately, the use of coal is declining rapidly. However, the only way for the United Kingdom to reach its climate targets is by also reducing its reliance on fossil fuel and gas.

Nuclear power accounts for 21% of electricity generation and will continue to feature strongly in the future. Plans to develop new plants exist and if these are realised, it is likely that nuclear power will supply about one third of electricity in 2035. In addition, Britain’s renewable power requirements are set to rise in the face of electrification. 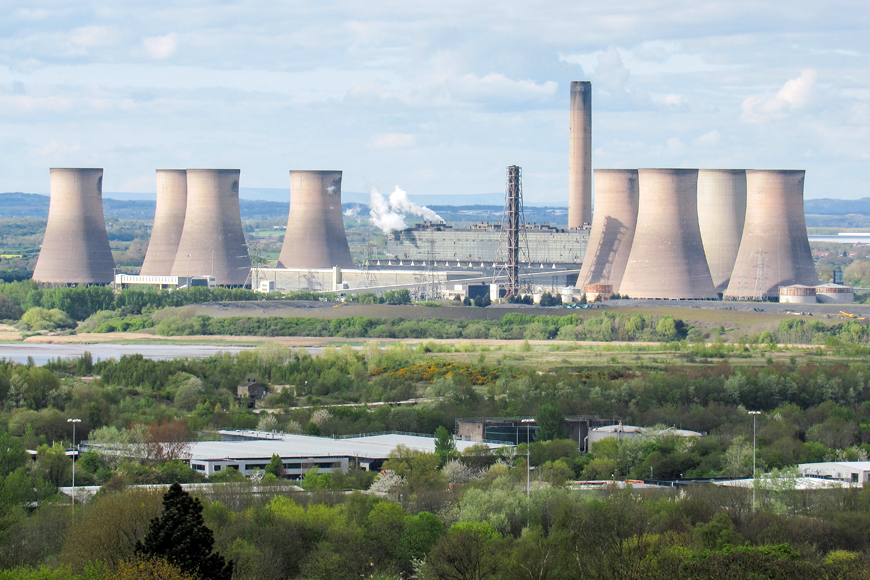 "If we are to meet the 2050 emissions target, both coal and gas will need to be replaced by electricity from renewable sources. This is a complex picture; it is not just about generating enough renewable energy but also about the current infrastructure in the British Isles, which is gas-based," David Flood, the managing director of Statkraft UK says.

"Replacing this infrastructure, not to mention all gas ovens and cookers in British homes with electric cooking facilities, is a huge and very costly task. Also, millions of houses will have to be refurbished and have additional insulation put in. These are massive investments over multiple decades."

Compared to this, electrifying the car fleet can be achieved more easily. The British Government will prohibit the sale of new fossil-fuel cars on the British Isles after 2040. However, for electrification of the transport sector to be sustainable, electricity must come from renewable sources. 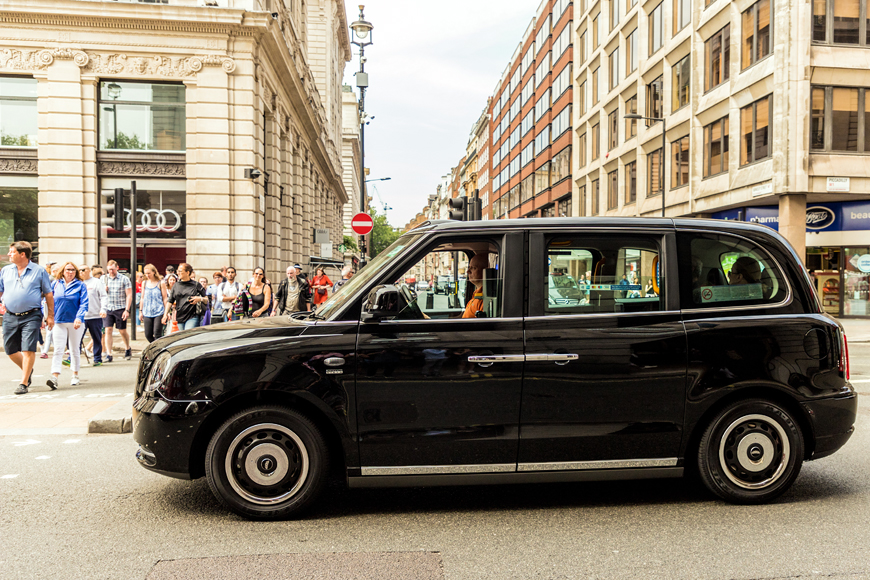 Electric taxis have made their entry into the London cityscape. The picture is from June 2018. (Photo: Shutterstock)

A wealth of wind

"We believe that a massive expansion of wind power is the most cost-effective technology to enable the United Kingdom to achieve its climate targets," Flood explains.

In August of 2019 Statkraft bought the company Airvolution Clean Energy Ltd., another step on the path to becoming a substantial supplier of renewable power in the United Kingdom. Current plans show that Statkraft will have 600 MW of wind power on the British Isles by 2025, and another 600 MW are on the drawing board. 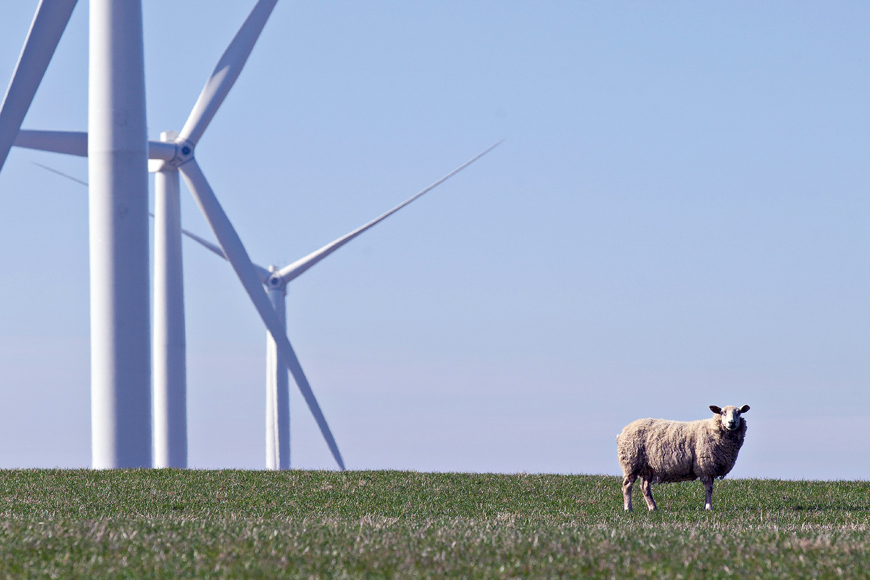 Statkraft is part-owner in Baillie wind farm, located west of the town of Thurso in the Scottish Highlands. (Photo: Jimmy Linus)

The challenge of flexibility

Transitioning from fossil to renewable energy always involves one major challenge: how to store the energy being generated so that it is available when you need it? How can this flexibility be secured? Batteries are one solution; another is to use surplus energy to produce hydrogen. Fossil energy is often used to generate balancing power, but more effective use of the power grid can also enhance flexibility.

"Great Britain buys a lot of gas from Norway, but in the future Britain will want greater access to flexible and renewable power as part of a clean and secure power supply," Knut Dyrstad, who handles market regulation issues at Statkraft, says.

"This is where the planned North Sea Link to connect Norway and Scotland is very important to the United Kingdom. This link will make it possible for Britain to buy Norwegian hydropower when there is not enough wind in Scotland – and we will be able to buy British wind power when they generate a surplus. In this way Norwegian power reservoirs can offer balancing power both in Norway and the United Kingdom."

Energy consumption in the UK

In addition to being a major developer of wind power in the United Kingdom, Statkraft is an important player in the British power market. For instance, Statkraft offers independent power producers access to the market through Power Purchase Agreements (PPA). Statkraft’s solutions also enhance flexibility by allowing customers to connect to Statkraft’s virtual power plant.

"The virtual power plant is smart technology that makes it possible to manage generation from a large number of smaller power plants as if they were a single, large power plant," Dyrstad explains.

"The virtual power plant facilitates better and speedier adaptation of power generation in response to supply and demand for renewable power, and it utilises the grid’s flexibility. Combined with batteries or hydrogen energy storage, this is a good way of achieving the flexibility we will need in the coming years when we are set to increase electrification." 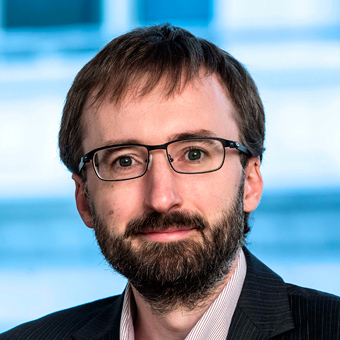 David Flood is the managing director of Statkraft UK, which has its head office in Moorgate, London. 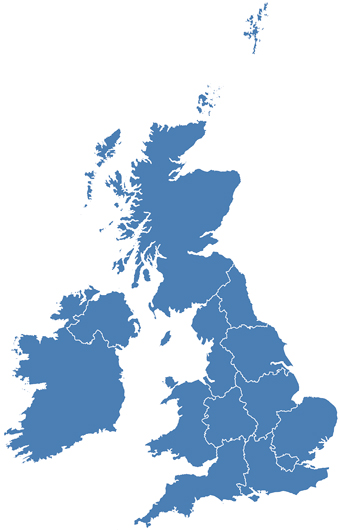 Statkraft in the UK